Completing the circle, half a century later

When we left India in April 1968 we imagined we were leaving for good. John’s three-year contract with the Cathedral and John Connon School in Bombay had come to an end and he had been offered another teaching job in the UK. We had thoroughly enjoyed our time in India, but were now, complete with baby (Ruth) embarking on the next stage of our lives.

Little did we think…

END_OF_DOCUMENT_TOKEN_TO_BE_REPLACED

A Dribble of News from India…

I warned of a flood of news, but there’s been almost total silence, and I am so disappointed. What’s the reason?

END_OF_DOCUMENT_TOKEN_TO_BE_REPLACED

Last week we were in Northumberland. Everything was lovely, apart from the weather but even that didn’t stop us. We did so much, and had such a good time I may risk sounding as if I were in the pay of Visit Northumberland. I assure you I am not!

So I will try to skip along quickly, before I come briefly to the family memories bit…

We stayed in The Byre, a superb holiday cottage by the sea, overlooking Holy Island. Our very good friends, the Cartwrights, stayed in the Mill House next door and during the week various permutations of the nine of us did various things, but all meeting up in the evening for very jolly and delicious suppers.

Of course we visited Holy Island, and most of us walked home one day along the Causeway, making sure it was very low tide and that we didn’t inadvertently kick any unexploded World War 2 armaments.

Inevitably we did lots of touristy things. Various of us visited Barter Books in Alnwick, and Alnwick Garden (The Poison Garden was alarming!) Seahouses for fresh fish, Budle Bay, and Budle Hall, a very lovely B&B. Our last evening we had a splendid meal at the Potted Lobster , in Bamburgh. It was a lovely way to conclude the holiday.

Then John and I drove up one particularly wet and windy day to Cockburnspath, in the Scottish Borders, to Dunglass where the Hall family lived for over two hundred years. The estate was sold in 1919 to the Usher family, who live there still although no longer in the ‘big house’ which was pulled down – well actually blown up – some time ago.

Dunglass is now a thriving wedding venue. Weddings are conducted in the most atmospheric and windowless church. Historic Environment Scotland casts the blame for its state of apparent disrepair firmly on the Halls.

In the 18C the Hall family apparently turned the church into a barn, knocking down one section you see in the photo below for easier access… However, several Halls are buried there and the plaques of many more are on the walls in the south transept so there can’t have been total disrespect…

While chatting to Simon and Joyce Usher they told us they hold about 60 weddings a year. (They also assured us that in chilly weather people are kept completely warm and comfortable, so current day Halls need perhaps not feel too guilty.)

We met for lunch Sally Wilson and her husband Kenneth, a multi-talented pair but I think essentially a writer/researcher and an artist. Sally has written a most interesting and informative book about Cockburnspath, and another about Lady Helen Hall, my several-times-great grandmother. We could have talked to Sally and Ken for so much longer.

Now back at home, I intend to re-read both books, and share with family, and any interested friends some of our Hall family history. (Of course there are various other families too, which I mustn’t ignore…) 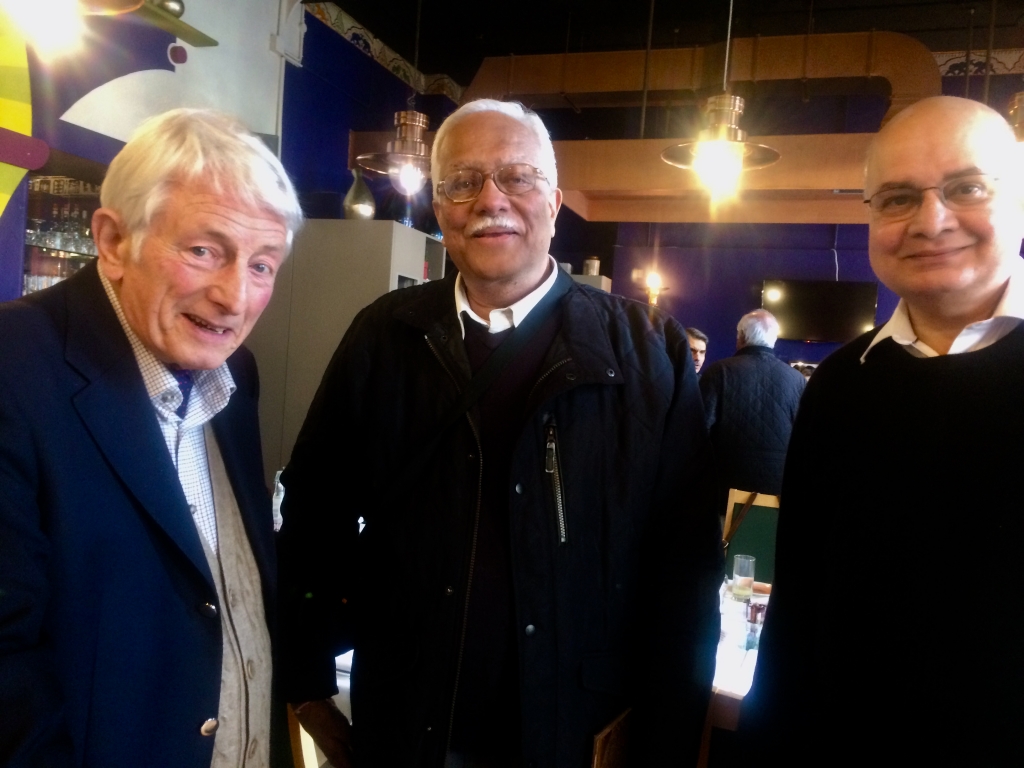 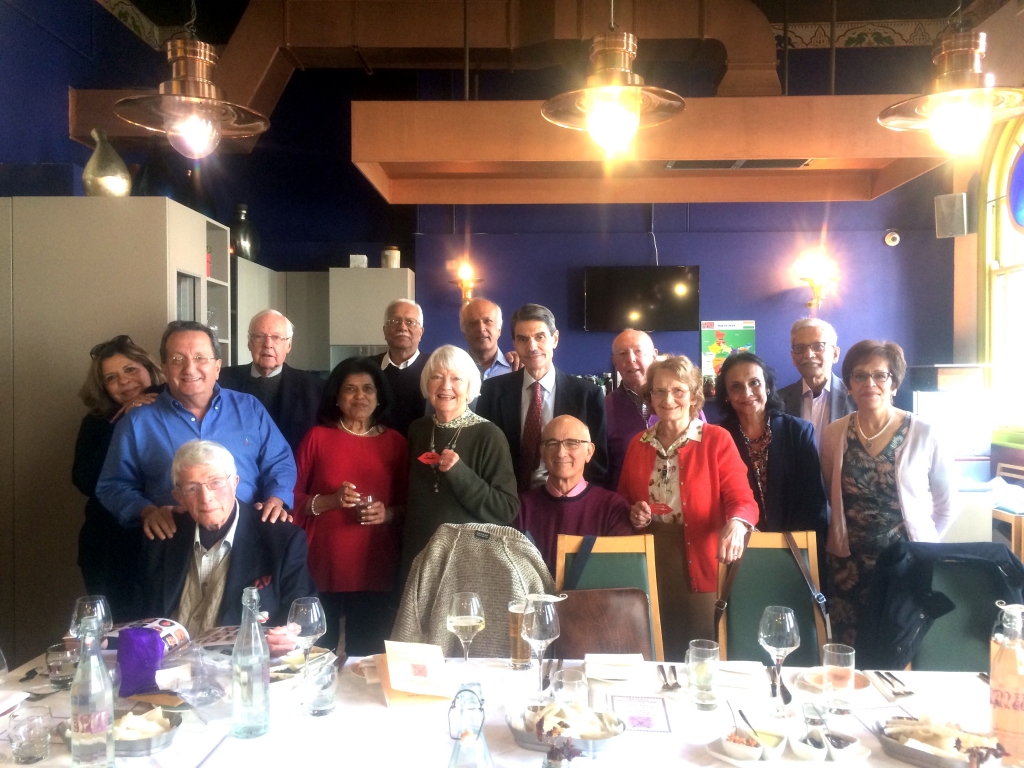 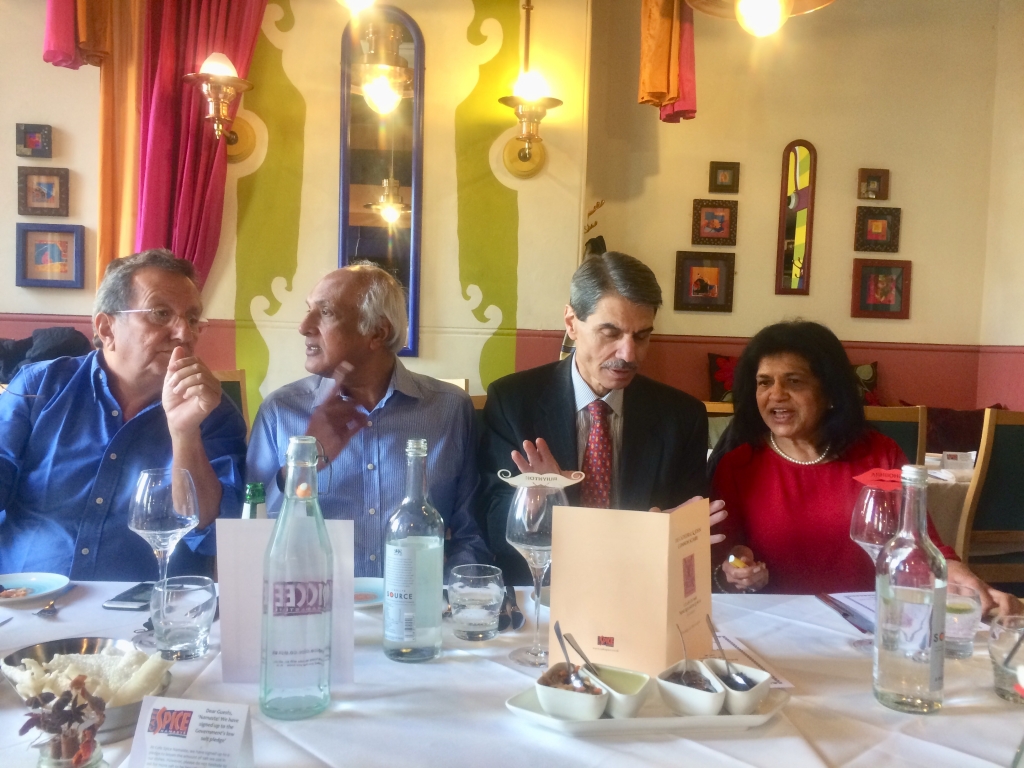 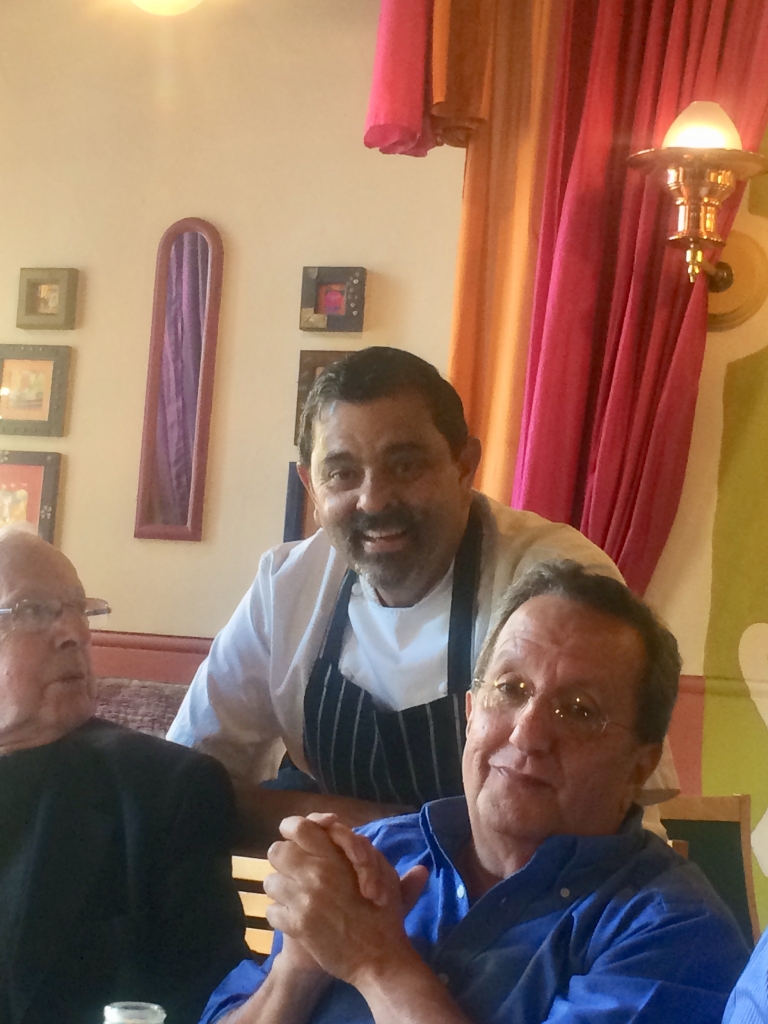 END_OF_DOCUMENT_TOKEN_TO_BE_REPLACED

Our impending holiday in Croatia…

John and I went to what was then Yugoslavia for our honeymoon, staying on the island of Krk in the Adriatic. In those days we were blissfully ignorant of any family or sporting connections with the area… END_OF_DOCUMENT_TOKEN_TO_BE_REPLACED

I now have a new travel worry.

I have often feared that my very ordinary black suitcase – even with its red ribbon – might be taken by mistake, leaving me as once did happen with someone else’s entirely unsuitable clothes.

Now Matthew Parris has provided me with another anxiety. He wrote recently in an article in the Times that his suitcase – apparently bright yellow to avoid such situations – was not actually stolen as such. It was however opened by some children on the Matlock to Derby train. Woefully unsupervised by their over-relaxed parents they had opened his case and gleefully rifled through his clothes tossing everything out into the carriage.

He discovered his underpants festooned on the luggage racks. Matthew makes light of it but to my mind that could be the ultimate humiliation.

Our latest railway drama was nothing like that, fortunately.

Derby Station is being entirely revamped, with new platforms, new tracks, and new signalling. Progress comes at a price, and East Midland Trains have been meticulous in warning everyone about all the inconveniences such as lines being closed, bus replacements etc.

But however efficient, they couldn’t warn us about the latest blip we experienced one very sunny day recently. John and I were going down to London to see our growing family down there.

Within ten or so minutes of boarding our lovely Matlock-Derby train, we stopped at Ambergate for an unnaturally long time. Peering out of the window we saw our driver standing by a little cupboard type box on the platform, talking animatedly on his mobile phone.

Eventually the conductress came round to explain that there had been an incident on the line out of Derby, where an engine had caught fire. Emergency services were helping passengers to disembark onto the tracks and as a result no trains were running for the foreseeable future.

What to do? Passengers in a hurry rushed off to try to find a bus (unlikely) or hitch a lift (possibly even less likely) and soon there was only John and me left. We sat on the platform in the sun and waited. And waited…Fortunately we didn’t have any deadlines so were quite relaxed.

The lovely train crew rallied round in a most heartwarming fashion. The driver found us a bottle of water from his cab, and the conductress offered to share her lunch. Eventually John overheard her pleading with the powers that be that they had an ‘extremely elderly couple’ who were in urgent need of a taxi to Derby.

A taxi did eventually arrive and we were very efficiently transported to Derby where we were hustled into the 1st Class waiting room and when trains started running we were escorted onto a 1st Class carriage. The rest of the journey passed without hitch, and in some comfort.

And I end with an amusing but absolutely true incident. A couple of weeks ago we had been down to Kent. As we boarded the train taking us to London Victoria John spotted a notice warning that there were no accessible toilets on the train. I reassured him that that must mean no ‘accessible’ loos. The train was crowded, it couldn’t possibly mean simply no loos.

Not so. We soon were informed by public announcement that indeed there were no lavatories at all on the train. If anybody was in serious need, the train would stop at the next station, and would wait while an attendant on the station was found to accompany this poor passenger to the station facilities. We did stop, and we did wait a while but as far as we could tell, no one had had the courage to take up the suggestion.

So, three bits of advice I have taken on board: keep an eye on your luggage at all times, pack with care assuming your case contents might be exposed to one and all, go to the loo before boarding a train…

Never mind worrying that the train might not move at all.

We went to London last weekend.

I was intending to write a joyous post, telling of Swan Lake, baby granddaughters and other real delights. But our journey (“It’s Your Journey. Love it!”) home almost blotted out all our happy memories, so please forgive me this miserable National Rail rant while I get it off my chest… END_OF_DOCUMENT_TOKEN_TO_BE_REPLACED 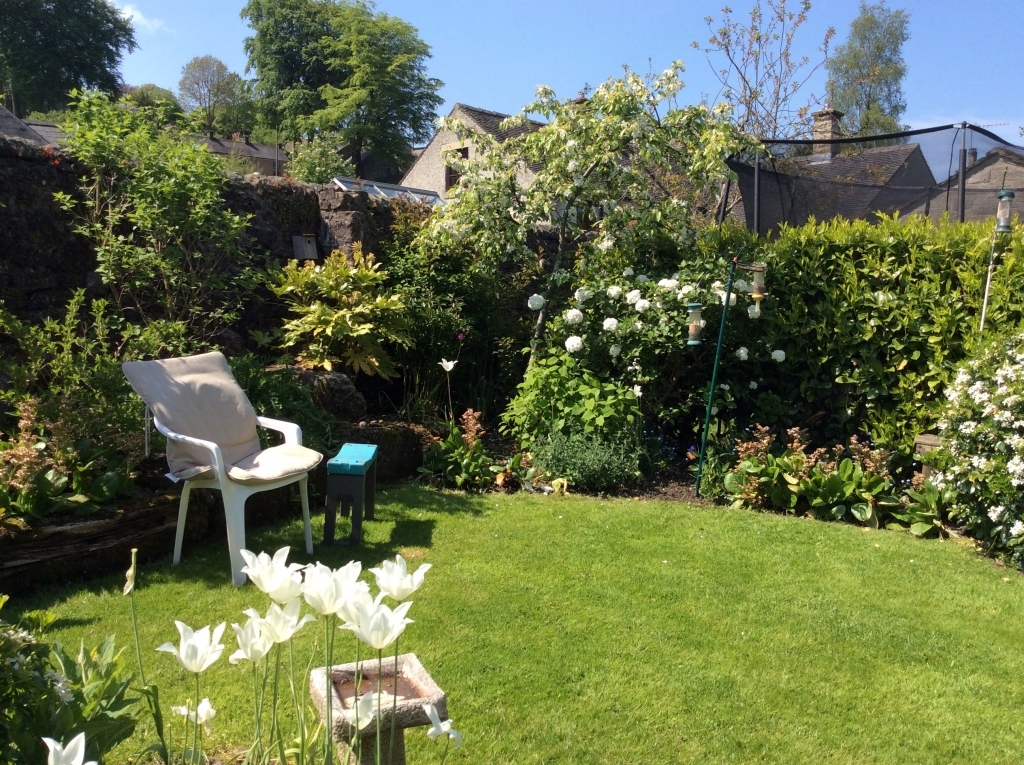 A song to spring, the magic of the month of May, I’m not talking politics… END_OF_DOCUMENT_TOKEN_TO_BE_REPLACED 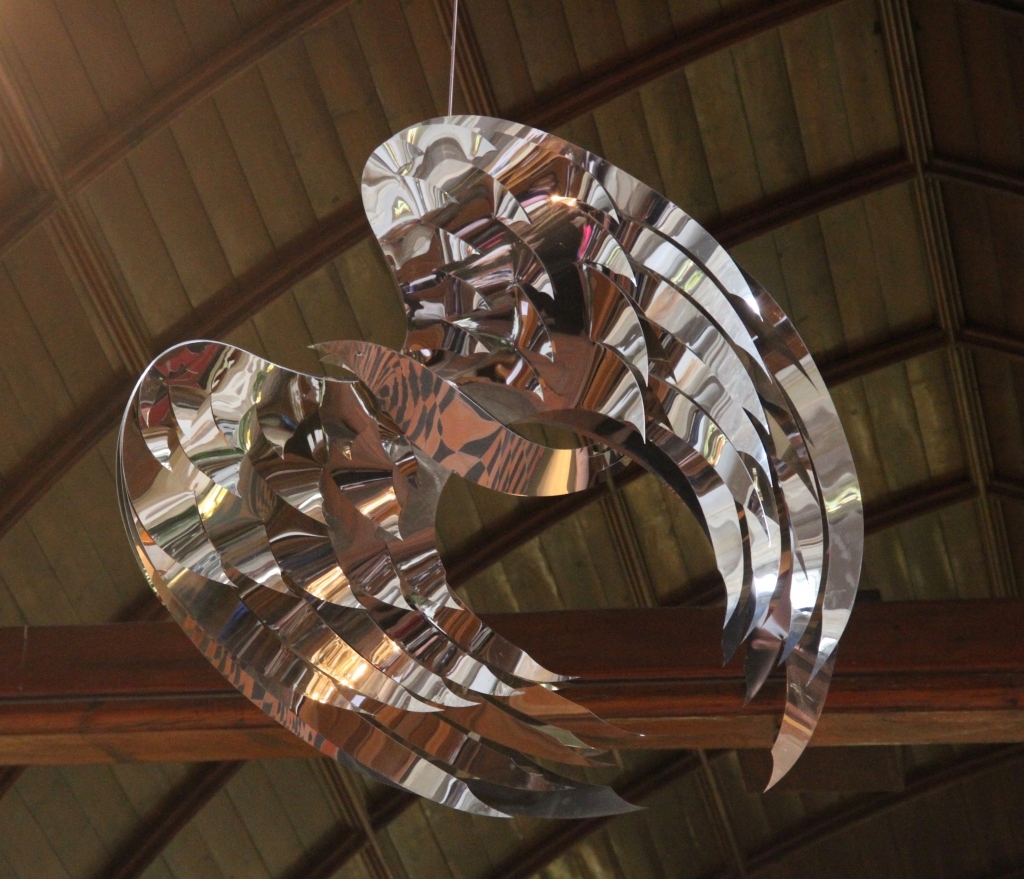 At least, we trust they’re temporary.

(But that has nothing to do with this beautiful dove, in St. Dunstan’s Church Mayfield, where my lovely goddaughter, Nicola, was married last week…) END_OF_DOCUMENT_TOKEN_TO_BE_REPLACED

We have only celebrated, and enjoyed, very English Golden Weddings, so I was intrigued to read Mike and Gill Radcliffe’s account of a Danish celebration, and delighted that they agreed to submit it for the marionfsblog. END_OF_DOCUMENT_TOKEN_TO_BE_REPLACED