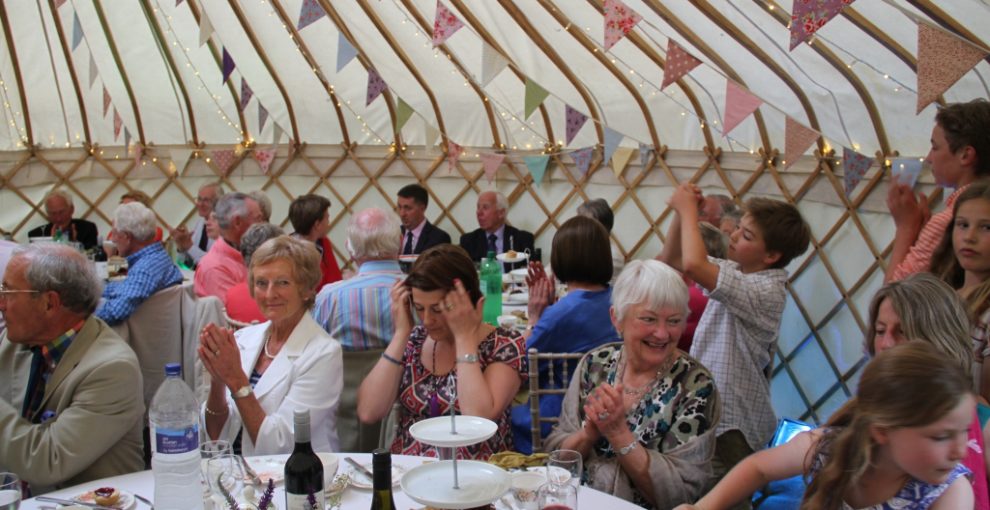 When I was young, the occasional elderly couple that reached their Golden Wedding anniversary seemed frighteningly old and frail. 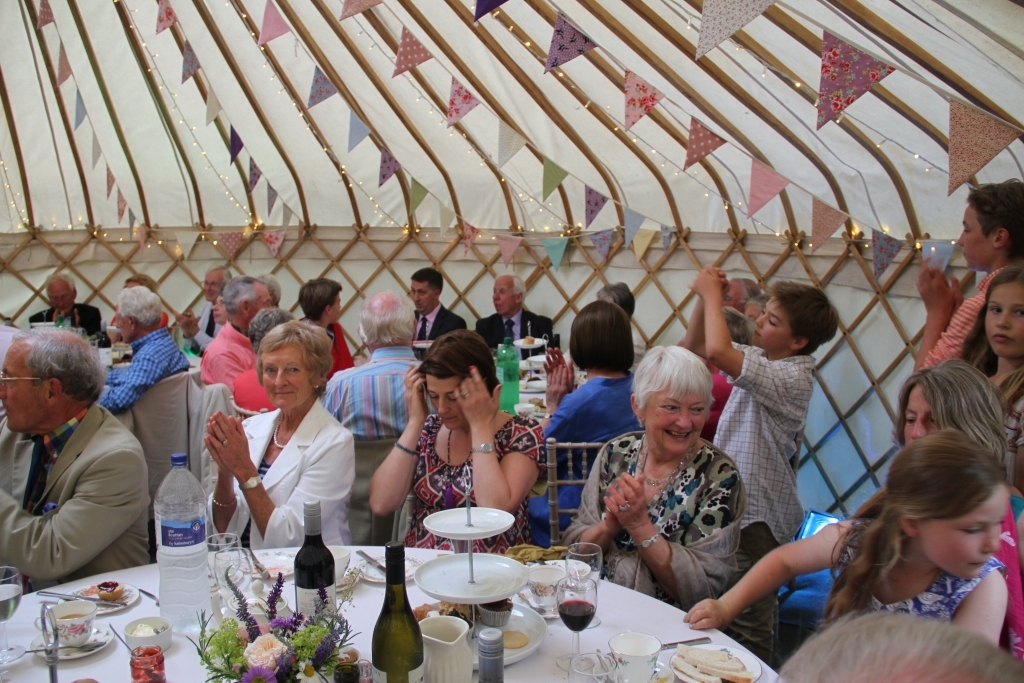 Now that John and I and many of our friends have reached that stage, I am glad to report that we all feel – and who would argue – look extremely youthful and vigorous.

Full of vim and vigour, only partially blighted by the stresses of moving to a new house, we were delighted to be asked to join our friends Geoff and Jenny in Scarborough for their Golden Wedding celebrations a fortnight ago. They were married on July 10th 1966, exactly a year to the day after John’s and my wedding. We have known each other since their girls and Ruth and Sara first went to Bairnswood, a nursery school in Scarborough.

Our friend Angela kindly asked us to stay for the weekend of jollities and fine feastings, which started with her delightful supper party, threatened – thankfully momentarily – by Brexit. Feelings were running high at one end of the table but successfully distracted I am glad to say by our hostess and John, who sat on either side. I fortunately was at the other end of the table having much less contentious conversations with my neighbours. 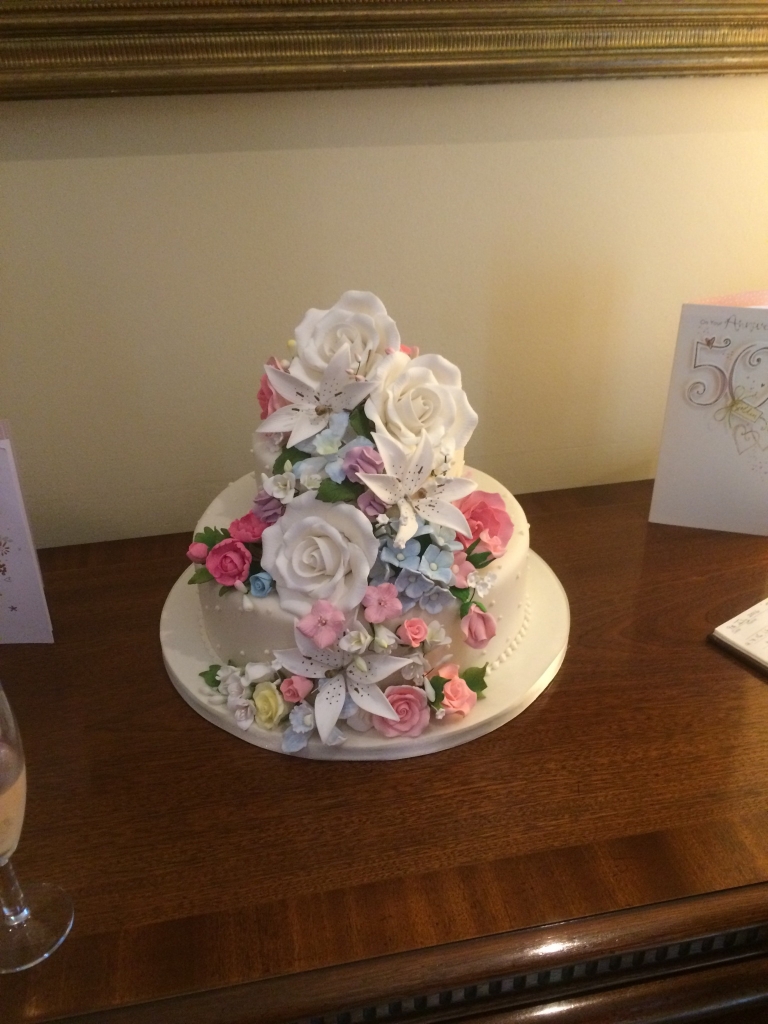 Afternoon tea in a yurt the next day was a first for us, but I hope not the last. What a wonderful idea! A real sit down old-fashioned tea with sandwiches, scones, jam and cream, eclairs and meringues, pots of tea and at the same time – perhaps a more modern touch – champagne and wine. And because it was a (golden) wedding, the most beautiful cake and spontaneous speeches.

it didn’t end here. The next day we were all invited by Geoff and Jenny to lunch at one of the country house hotels near Scalby.

But beforehand, John had the brilliant idea of suggesting breakfast on the beach: the most delicious bacon and egg butty at the Watermark, on North Bay. We got there early, knowing that the cafe would soon be crowded. It is the most unpretentious looking but very popular beachside caff, with super staff and food (and a clean Gents, John’s test before recommending any establishment…). 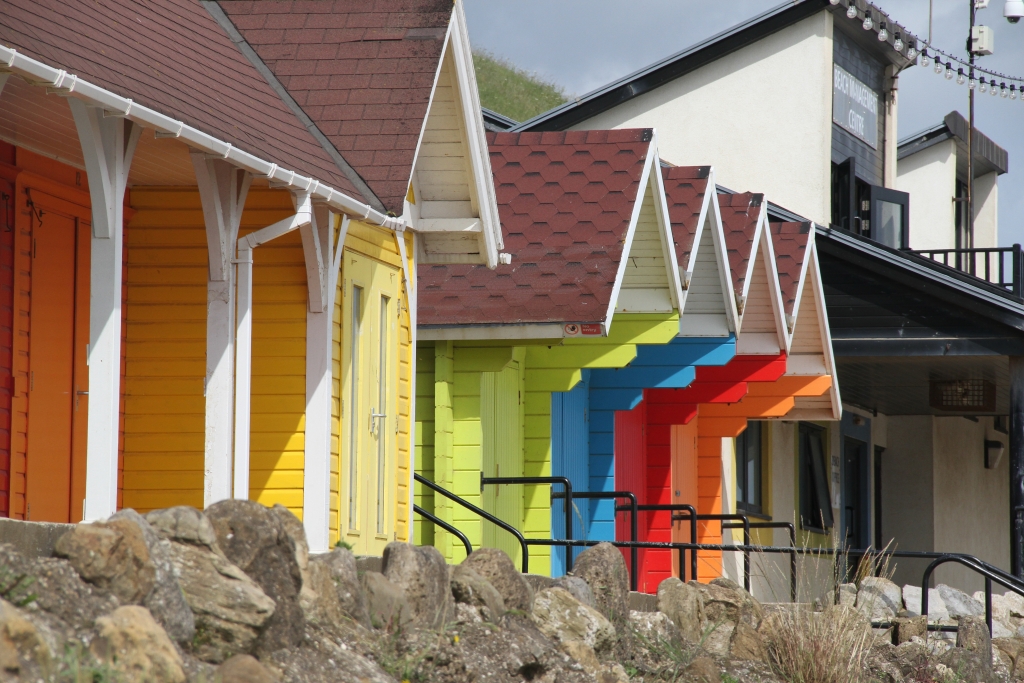 The sun shone, and the chalets glowed as we worked up an appetite for lunch, which of course was delicious, and another nostalgic meeting up of old friends and making some new. 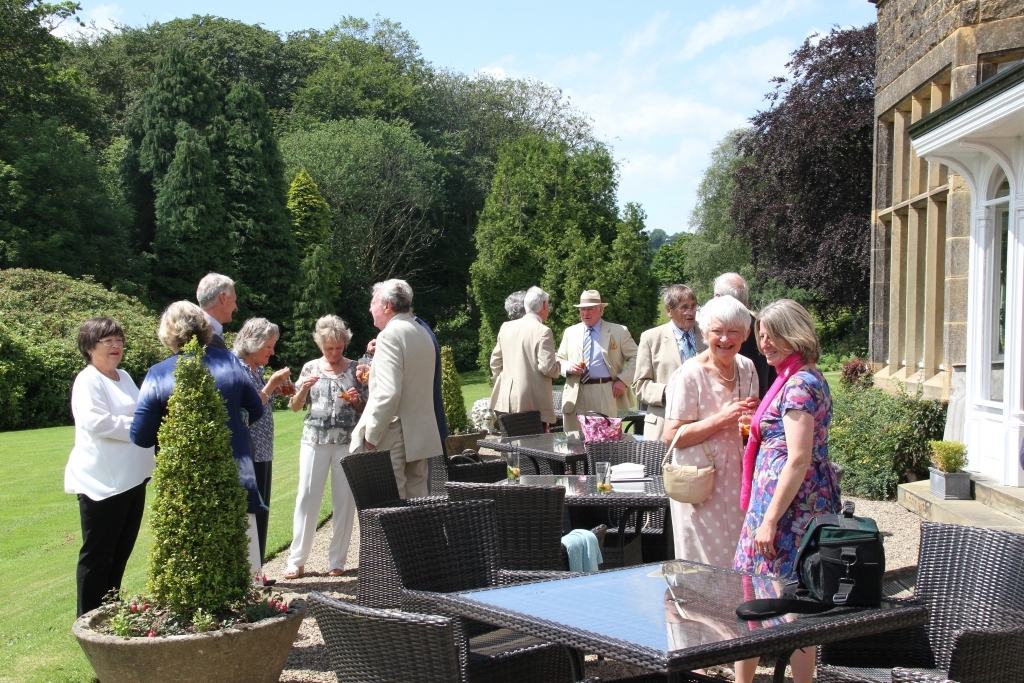 And the next day on our way home, we were so delighted to meet Nick’s fiancee’s parents for lunch,in Malton. A very happy occasion for us, and hopefully for them.

So a weekend of past weddings and weddings yet to come.

P.S. By the way, both sets of parents-in-law… What is the name for that happy relationship?

4 thoughts on “Golden Junketings in Scarborough”