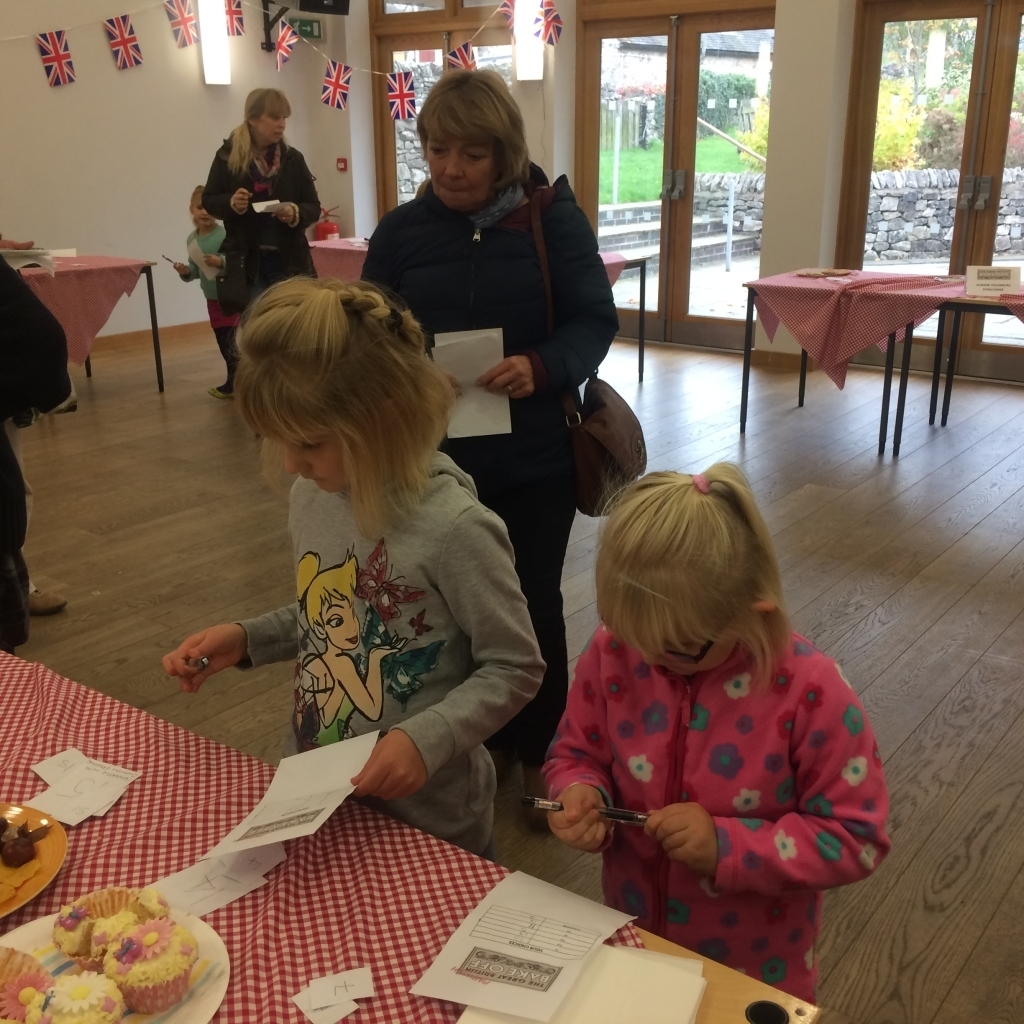 There were many more judges than entrants for the Great Parwich Bake-off, which was disappointing, but a very jolly and satisfying time was had by all that attended, young and old, as we conscientiously tasted… and tasted again… just to be sure. 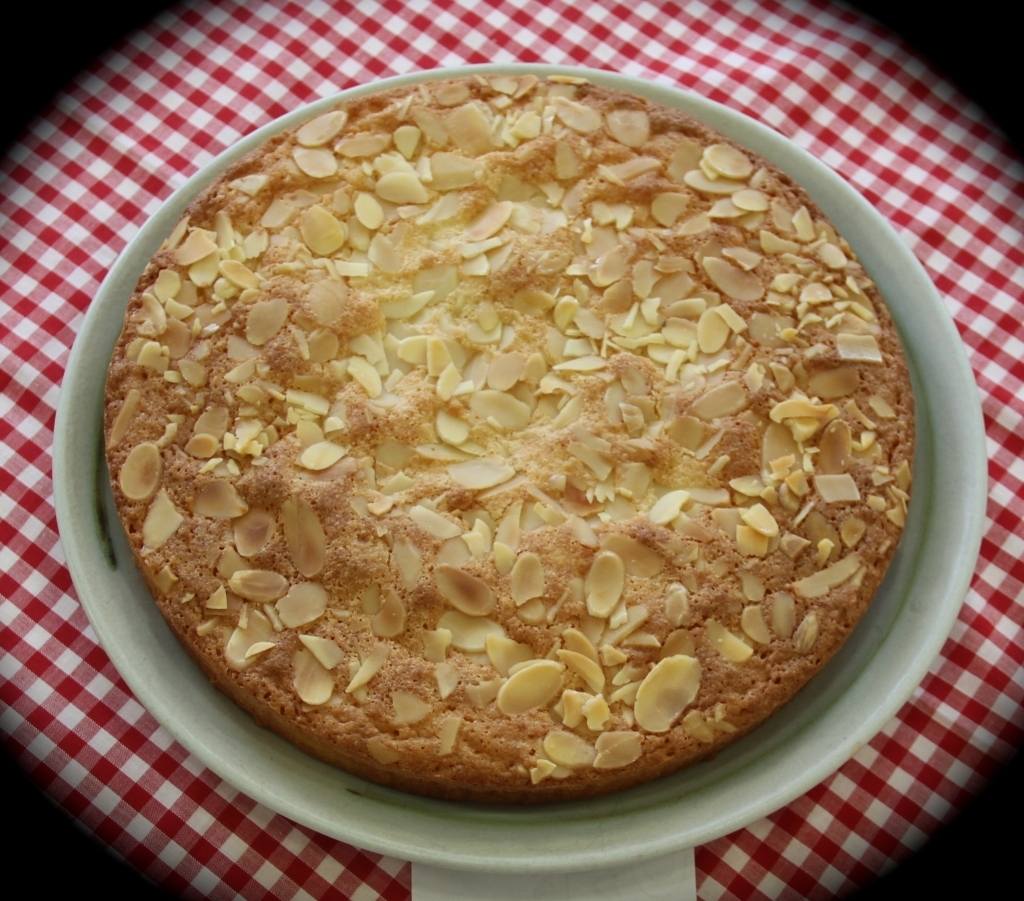 I am relieved to tell you that presentation did not come into the judging, which was purely on taste. I also feel a bit sheepish telling you that my gluten-free entry was the only one in that section, so inevitably it won 1st Prize; however, in my defence the cake was all but finished by the judges,  some of whom were seen returning for more and more helpings – and I did receive some very nice comments afterwards, although of course at the time no one knew who had cooked what. (Recipe on its way to the marionfs blog in a day or two.) 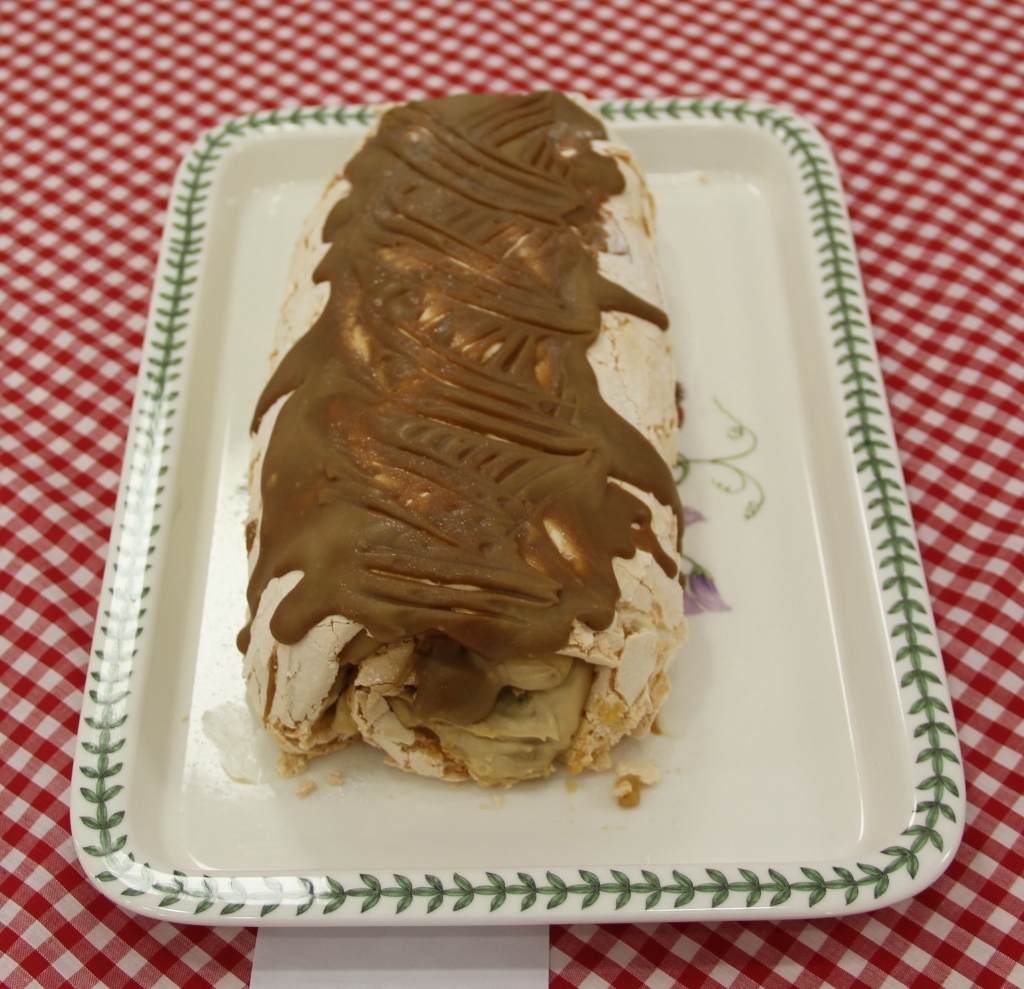 I also received 1st prize for my roulade but there were only two entries, so that was more by luck than the officially required technical skill. As it is I feel quite ashamed about the final toffee sauce whirls that are meant to be the finishing touch to decorate the roulade.

The ultimate winner overall was Linda Keyworth who more or less swept the board, and received many admiring comments for her presentation cake. 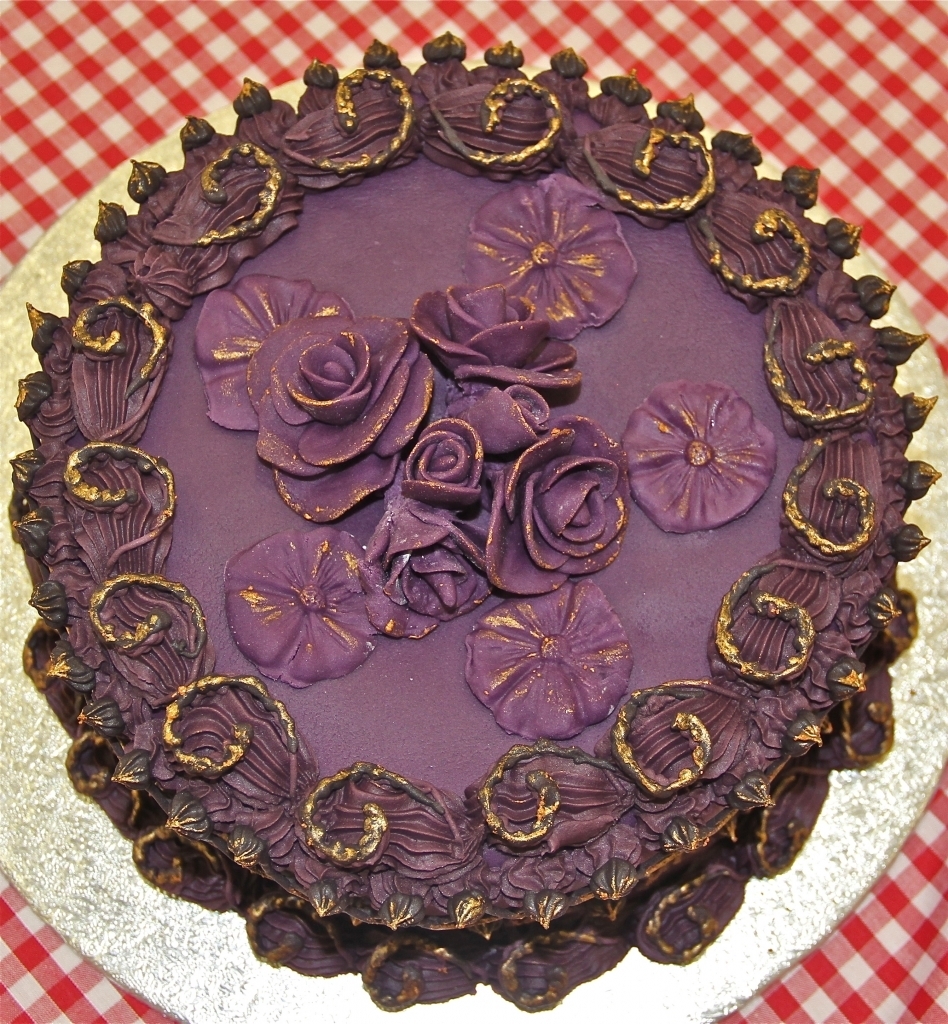 So busy chatting to all and sundry I’m afraid I missed it – so you will have to look on the Parwich blog to see  for yourself – who won the children’s section, and the many very beautiful cupcakes and lots more pics, many of them John’s. 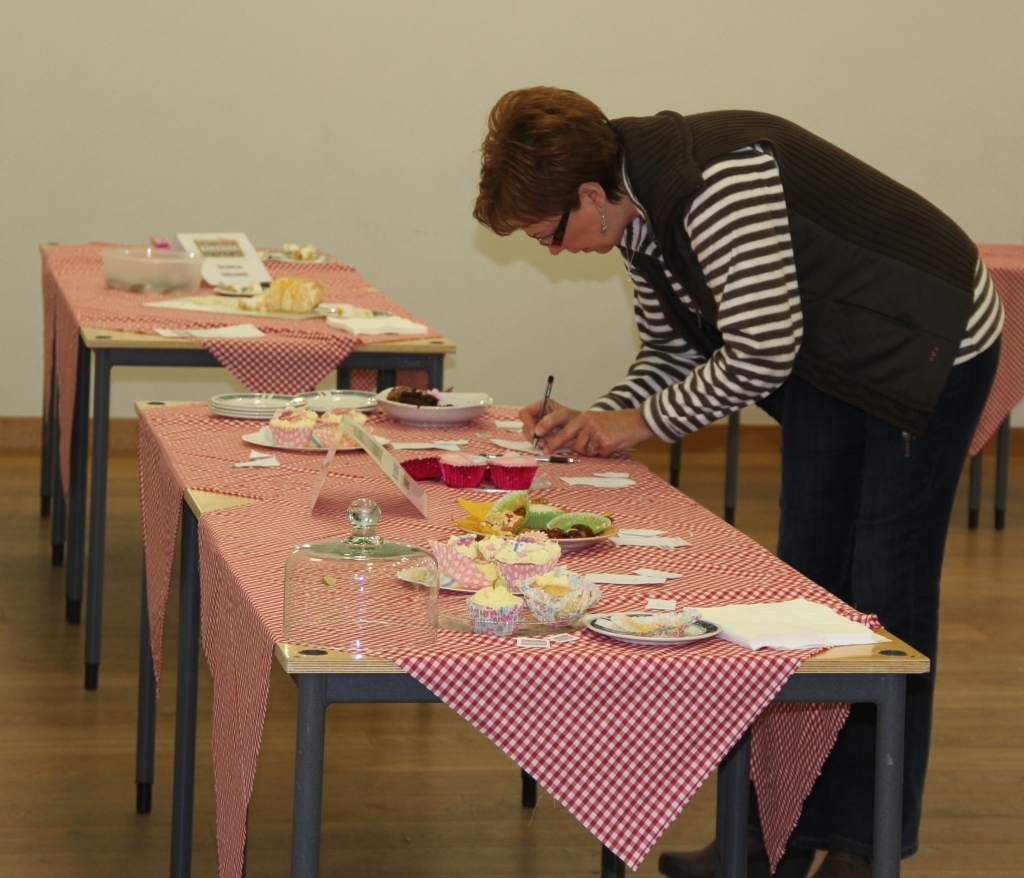 I think everyone is hoping that this event might be held again next year. It was a  lot of fun, and nobody need feel in the slightest overawed. The judges, all of us, were far more concerned with chatting together and enjoying the delicious tastes than having any concern over method or technical skill.

It was a great way for young and old to enjoy themselves together, and at the same time raising over £100 for the Memorial Hall and the TearFund’s No Child Taken Campaign. Cheryl Woolley and her crew deserve our warmest thanks for organising it all.