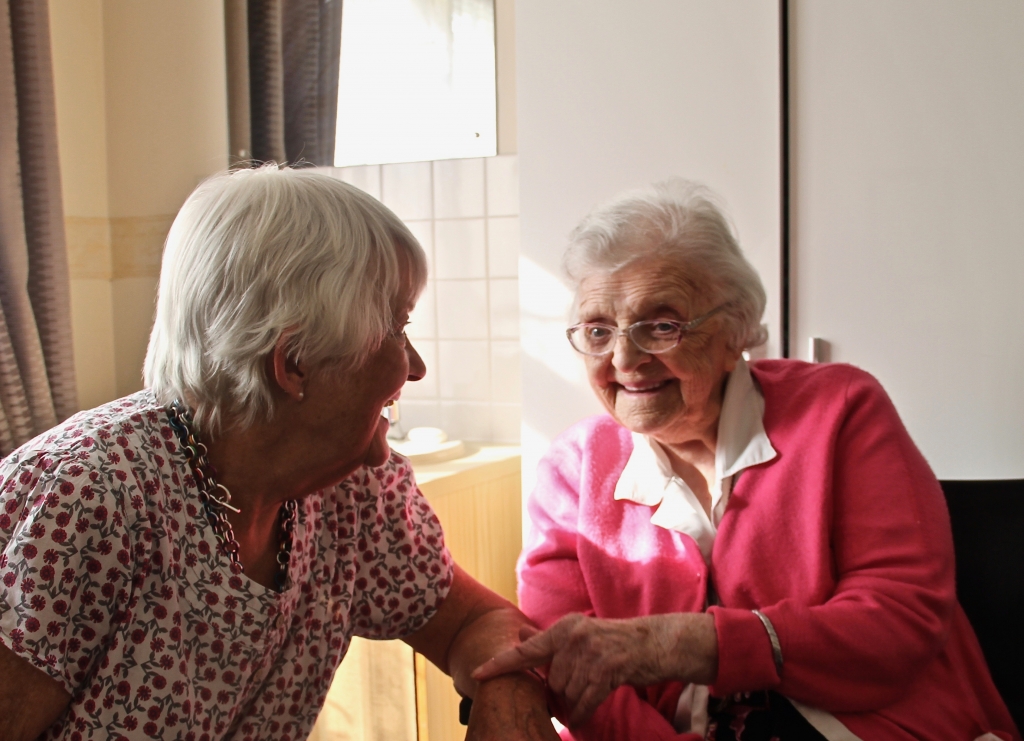 It is with a heavy heart that I have to pass on the sad news that Alice Mason, good friend and loving support for over 40 years to my parents while they lived at Barnford, and to all their wider family and friends then and since, has died.

Those of you who did not know her will have no doubt heard us mention her, and will all understand the sadness when someone as loved and respected as Alice passes away. She was 102; it is easy to say ‘Oh, she had a good innings,’ and indeed she had. Her death was obviously going to happen, sooner or later, the sadness and loss is ours, not hers. But, selfishly or not, we mourn her.

I do not yet know the details, nor when the funeral will be, but will pass this on when  we do. As many of us already know (my father, Douglas, died on Maundy Thursday and nothing could be arranged or discussed until coroners and people came back from their Easter break…) everything comes to a total standstill until a Bank Holiday is over.

Until she moved to Kent to live with her daughter, Norah, and son-in-law Chris, Alice had lived all her life in Ringmore, in the Devon South Hams. She felt an integral part of the village,  known and liked by everyone. She had taught the piano to most of the Ringmore young over the years, she played the organ at John’s and my wedding, and nearly 35 years later at the wedding of our daughter Sara and Derek.

She had helped my parents in Barnford since shortly after they retired to Devon, in the later 1950s, when my sister brother and I were still teenagers (just, in my case). She became part of the family, celebrating every marriage and birth, mourning the deaths, following the careers of all the young.

She was warm, humorous and genuinely interested in everyone and even at 100 years old was enquiring keenly about all the family members and friends, their children and even their pets. She never seemed to forget anything, even when her hearing and her sight were failing fast.

This is not meant in any way to be a eulogy, but I must just end by reminding you that her acting and story-telling was second to none, with a great sense of the truly comic and innate timing. Not surprisingly she could summon up a strong Devon accent when necessary. Last time we saw her she confided that she always laid this on pretty thick for her Kent audiences because they seemed to love it.

In this and a multitude of other ways she brought happiness and warmth to us all.