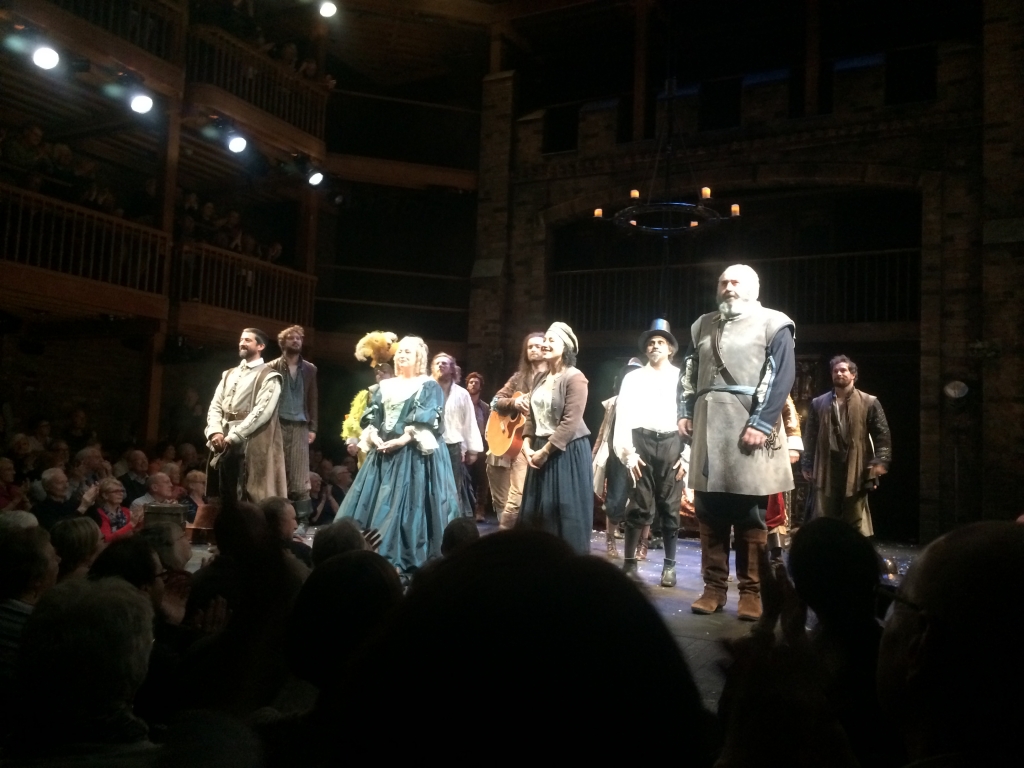 Moliere, surely? No? Well, perhaps one of Shakespeare’s less well known works…? No, The Hypocrite is a brand new play, albeit based loosely on the Civil War of the mid 17th century.
Written by Richard Bean, with more than a hint of Rowan Atkinson’s Mr. Bean, it is directed by Philip Breen and all these ‘anes/eens’ are just the start of possible and thereafter mostly deliberate confusions that follow.

Six of us set off last Thursday (April 19th – sorry about the ridiculous unexplained delay posting this) for our latest Stratford treat, not really knowing what to expect, except that we had all thoroughly enjoyed Hull-born Richard Bean’s previous play, ‘One Man, Two Guvners’, which we had seen in Nottingham a couple of years ago.

We also knew that Bean had written The Hypocrite to celebrate Hull being nominated the current City of Culture. It premiered in conjunction with the Hull Truck Theatre Company, to riotous acclaim. It has now transferred to the RSC Swan Theatre, in Stratford-upon-Avon.

It is rather like a hugely unsuitable-for-children pantomime, written directly for Hull audiences, with many in-jokes and ruderies. The Daily Telegraph described it as a ‘Scabrous, bawdy, witty, often flagrantly silly love-letter to Hull’. We probably got most of these, but not all, perhaps.

A sign, which I wish I had photographed, warned of adult content, advising anyone who might find this worrying to contact a member of the theatre staff. Other than advising them to stay away completely, we wondered what else the staff could do to allay the worried theatre-goer’s anxieties. The play is a bawdy, riotous romp throughout, with much to offend the faint hearted.

The semi serious thread is the suggestion that the English Civil War started in Hull, which housed the second largest armament in the country. The governor of Hull at that time was Sir John Hotham, the head of one of the local most influential families. Generous with his loyalties – Hotham had had five wives and seventeen children – he found his loyalties torn between the Royalists and Parliament; his personal need to fund appropriate dowries for his daughters complicated things even further, hence the ‘hypocrite’, serving two ‘guvnors’.

Quite honestly, the story-line seems pretty unimportant. There is riotous rough and tumble, simulated sex, some rather beautiful singing and lots of laughter. If there is a deep intellectual message it passed us by. We all enjoyed the play although I wouldn’t travel a million miles to see it again.