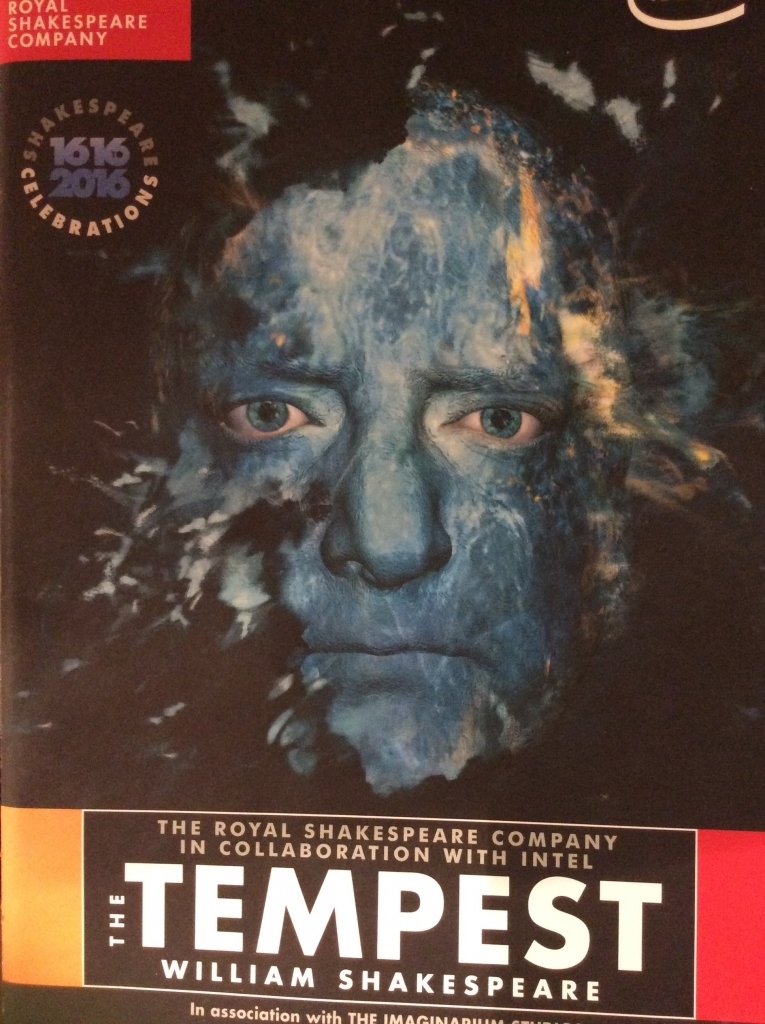 It might seem to be rather overdoing a point during the recent appalling weather to visit The Tempest, not once, but twice…

We did it the wrong way round, really, as we went to the live screening the day before we went with our usual group of theatre-loving friends to Stratford, to see it really live.

We’re fans of the screen viewings – we enjoy the interviews which are always illuminating, and we appreciate the fact that the cameras know where and when to focus on the main action. One can so easily be distracted in the theatre by something else – doubtless interesting but not vitally so.

However, always before we have already seen the performance. This time, it was just the way it went with the dates, as we had booked our theatre tickets almost a year ago, long before we even knew there would be a live screening. The night before we had a lovely evening at the Northern Light Cinema in Wirksworth but the visual effects – so dramatic in the theatre – lost just some of their impact on the screen. We enjoyed it but rather wondered what all the fuss was about…

We discovered the next day. We set off in icy conditions and with some trepidation, trying not to think of the forecasts warning of imminent driving snow and freezing temperatures. We all got to Stratford safely, and enjoyed a quick pre-theatre lunch beforehand, grateful at this stage that we only had driving rain to contend with.

The RSC theatre of course is warm and dry, and the seats comfortable. However, directly ahead on the stage is the enormous hull of a boat and almost without warning one is pitched into a violent storm, where everything seems to shudder and heave as Prospero causes the ship to wreck despite the panicked efforts of the crew. From then on we are transported to another world.

A world where nothing is as it seems and thinking about it now I find it hard to be sure how much of what I saw really was ‘real’ and how much ‘performance capture’ illusion where an actor’s features and movements are electronically tracked and translated into computer generated imagery. The changing and often very dramatic weather conditions and settings are most impressive but easier to cope with; however, Ariel and his digital avatar, manipulated by sensors tucked under his clothes, appear at one and the same time and the actors have to interact with both versions…

Meanwhile, the themes – the use/abuse of power, utopian ideals of the perfect community, ‘magic, and its relationship with politics are timeless, and even more relevant for us now, with Brexit, and the rise of Trump with his disturbing choice of allies, and who chooses to believe what it suits him to believe, fashioning his own imaginary magical reality.

However, such worries aside, we all had a really magical time, believing/not believing what we were seeing. Simon Russell Beale as Prospero is truly magnificent. Ariel (Mark Quartley) is outstanding. The Tempest was a truly impressive production.

How extremely lucky we are to be able to enjoy all that the RSC has to offer.

2 thoughts on “The Tempest”